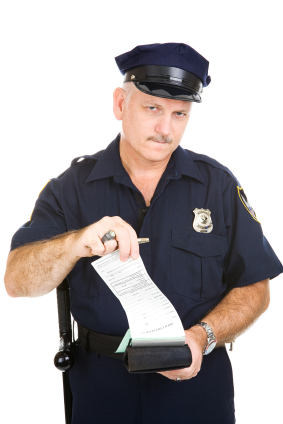 Is your workplace unethical? Unethical cultures took the top spot on our list as the #1 worst corporate culture. Why you might ask? Very simple, while the other cultures are arguably more painful to live in, this culture, unlike the others, can have a lingering impact on you LONG AFTER you leave. At best, it can tarnish your reputation. Think of all of the “good folks” that worked at Enron, Arthur Andersen, WorldCom, etc… In fact, as you read it, you really don’t believe me do you? “Good folks” and Enron? Nasty lasting impact and that is just “at best.” At worst, you can go to jail. Don’t pass Go. Don’t collect $200. Go straight to jail. This can happen to the best of us, simply because we were in the wrong place at the wrong time and followed the wrong order. Here are some questions to determine if your workplace might be a candidate for unethical.

• Do you routinely use the phrase “if others only knew how we do things”? – Do you and your colleagues regularly say to each other “if others knew how we really operate, no one would be doing business with us?” This isn’t just a funny passing comment. This phrase in particular is a good sign that those “ways you are doing things” are potentially unethical, and could potentially cross the line into “illegal.” Watch out.

• Are there regular “investigations” (or threats of investigations) at work? – If you are regularly hearing about or being threatened by your boss that an investigation from the “authorities” could be looming, that’s a clear sign you are in a potentially unethical culture. Bill was in one of those cultures. One day, FBI agents showed up and took boxes. The next day business went on as usual – as if nothing happened. Trust me, if “agents” are showing up, things aren’t normal at your office.

• Have you ever gotten orders to delete, shred, burn, bury, and hide “stuff?” – This is not normal. If you are being asked to get rid of something, trust me, that is “evidence” you are being asked to remove. Do you want to be the one who is accused of “burying the body?” Let me put it this way, if you were the one doing all the shredding I wouldn’t want to be your defense counsel.

• Does leadership have a lot of really nice “stuff?” – I’m not just talking a nice car. I’m talking drivers, mansions, famous artwork, gold encrusted utensils, etc… If you notice that the leaders in your organization are living beyond the means of someone in their role, that is a huge red flag. At best, it could mean they like flashy “stuff” and have an overinflated sense of their worth. At worst, it could indicate elements of Narcissistic personality disorder – a belief that one is beyond the rules and can take whatever he or she wants whenever he or she wants to with little regard for others. If we revisit Bill, Bill’s boss was the owner of the business, a relatively small business with 50 employees or so. Yet Bill’s boss had several Monet and Renoir paintings in his various mansions. Hmm… no wonder we’ve got agents floating about.

Unethical cultures are potentially devastating to your career long after your departure. There are several strategies you can apply, but here’s a warning. Any strategy that involves sticking around means you are gambling you can get done what you need to before the house of cards crumbles:

1. Wait for a rescuer – This strategy involves keeping your head down and waiting for either the Board or the “authorities” to come and take away the culprits. And in unethical cultures, the culprits are often leadership. The problem with this strategy is two-fold. First, while we would all love to think that corporate Boards are watching over the health and well-being of the business, poised to jump in and stop any unethical behavior, my experience is that this is simply not true. Boards generally have a conflict-avoidant posture and tend to let things go on way too long. Second, if the authorities come, it is probably too late. They will be followed by the media and soon your reputation will be hitched to those of the culprits. You will be cursed with explaining this line on your resume for the rest of your career.

2. Pack up and leave… with counsel if necessary – This is your best strategy. The challenge for you is to get out before the house of cards come crashing down. But be careful. If you think you have been a party to any unethical actions (whether intentionally or unintentionally) while you were at the organization, make sure you get legal counsel. Otherwise, you might be the one everyone blames later. I remember when I was 8 years old, I was playing outside with a few friends of mine at a neighbor’s yard. Nobody was home at the neighbor’s house. One thing led to another and we had turned on their hose and were having a water fight outside. I decided this wasn’t for me so I went home. Guess who came knocking at my door an hour later? You guessed it. The neighbors. Seems my “buddies” threw me under the bus when the neighbors got home. Don’t let that happen to you. Get counsel if things look “grey.”

Unethical cultures are dangerous – not just because of the effect they have on you while you are there, but because of the damaging impact they can have on you long after you leave. If you see, smell or sense unethical behavior, get out. If you don’t make it out in time, it won’t be neighbors knocking on your door. It will be guys with black jackets and three letters on the front F…B…I.

Warning signs you are losing your fans – Part 2 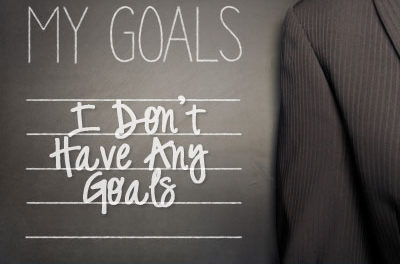 “I don’t have any goals” 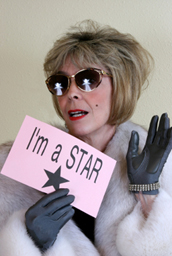