My coworker is an emotional vampire 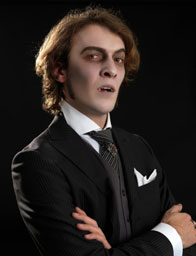 Larry was a mysterious colleague. “Charming and captivating” were words his coworkers used to describe first meeting Larry. Larry just seemed to emit a certain attractive quality. It would reel you in like a moth to a flame. But then something strange would happen. The more time spent with Larry, the more his coworkers would complain of feeling drained and exhausted. Larry became known for turning 30 minute “touch base” meetings into 2-3 hour marathons where he would talk, preach, reenact, dream and generally suck up the energy in the room. Unfortunately, while Larry was feeding off of the energy in the room, his coworkers suffered. Larry would leave the meetings energized with an extra hop in his step while his coworkers crawled to the door, exhausted and drained from Larry’s endless one way banter. Larry is part of a dangerous office breed: the emotional vampire.

How You Know You’ve Been Bitten

Emotional vampires are sneaky and subtle. They move in as charming colleagues. They are captivating, entertaining and generally interesting. The problem is that their energy comes from the people around them. Whether they hijack meetings to dream about big ideas or they take over discussions to complain about their workload, their energy comes from being heard and reaffirmed. They suck mercilessly until they are fed, leaving shriveled colleagues in their wake. How do you know if you’ve been bitten? Three signs:

Your Garlic Strategy for Keeping Emotional Vampires At Bay

I’ve fought my fair share of emotional vampires in the workplace, and I’ve got the fang marks to prove it. After barely escaping their clutches on more than one occasion, I’ve learned that there are certain things that you can do that emotional vampires despise. Consider the following strategies:

Emotional vampires leave shriveled hollow shells of colleagues in their wake. Stop them in their tracks with the strategies outlined above and they might just see the light. Then again, like most vampires, emotional vampires don’t care very much for the light and may just look for another home that is darker and less bright. Either way, you rid your workplace of those nasty pests. 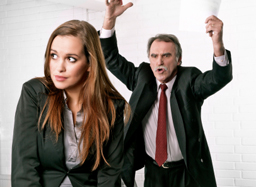 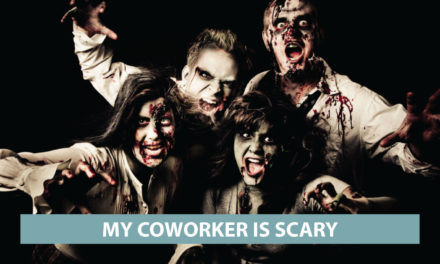 “My coworker is scary” be very afraid edition 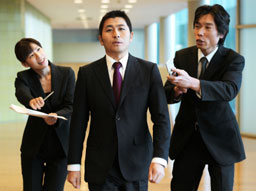 How to get a busy boss to listen to you