The past is not fair 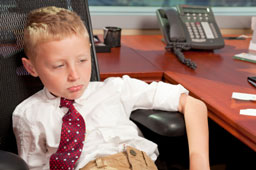 One of the most debilitating anchors for us in life can be the past. The heavy bags of our personal history can weigh us down if we let them, particularly if we choose to ruminate, sit and wallow in life’s inequities. Complaining that what has happened to us in the past is simply “not fair” can hold us back from becoming who we are meant to become. Let me share with you a sad story.

The Tragic Tale of Chris

Chris was a bright energetic baby boy. Adopted by a loving couple, Chris represented their hopes and dreams of having a family. Soon Chris was joined by a brother as the couple adopted a second child, growing their young family. Instantly, Chris had a built-in playmate. As the boys grew up together, they explored, played games, caused trouble and even got to raid their grandfather’s corner grocery store for candy from time to time. When Chris was twelve, his parents were blessed with an unexpected pregnancy and a third brother arrived on the scene. From day one, Chris’ youngest brother looked up to his two big brothers with awe and amazement. The two older brothers played with him as good big brothers do. Life was good.

Throughout his childhood, Chris was an active child. He eventually found his home in sports – particularly football. Chris could run with lightening quickness. Chris could tackle with a focused burst rarely seen. He was a natural. He loved the game and excelled with the hope of one day playing at a bigger level. On one fateful Saturday, this all changed. Chris landed awkwardly after a play and when the dust settled, Chris had broken his leg. He was in a cast for what seemed like an eternity. When the cast was finally removed, the doctors announced that Chris’ healthy leg had continued to grow but his injured leg had not. The once speedster now and forever would walk with a noticeable limp. His playing days were over. That event plummeted Chris into darkness. Perhaps it was the disappointment of not getting to play the sport he loved or perhaps it was the deeper pain of being put up for adoption by his birth parents, no one really knows. Chris turned to drugs and alcohol to deal with his disappointment and pain. In no time, he had picked up a criminal record and upon completion of high school, he opted not to attend college. With his addiction in full swing, Chris began the all-too-common gauntlet of rehab facilities. From North Carolina to Georgia to Florida, he stayed at and eventually left each and every facility he attended. After abandoning a rehab center in Florida, Chris hitch-hiked his way back to his family’s home. He lived with them for several months in hopes of resetting his life once again. But alas, he still couldn’t get past the deep anger and resentment he had for life, his life. Chris made the decision that life was unfair, the blows of the past were unjust and he was done. One Friday night he rode his motorcycle to a local creek, found a sturdy tree and hung himself. Chris was 23 years old.

Why do I tell you that tragic story? Very simple. I am the youngest brother in the story. Chris was my big brother that I looked up to with awe and amazement.  When he chose to take his life, ironically he shaped my past and put something in my life that was “unfair.” I had a choice to make about my past and my life.

Getting Over the Past

What is true for each of is that we all have unfair events that have happened to us. From family dysfunction to personal tragedies, life can be unfair. It is up to each of us to decide what we choose to do as a result of life’s unfairness. We can sit in the past and complain that life did not give us what we deserved, that God did not give us what we deserved OR we can look for meaning in those past experiences. Every pain has the opportunity to shape us and give us purpose. I did not choose to have a brother kill himself. But what it taught me was that we always have a choice over the path we choose and that choice is ours alone. It also taught me that life is hard and that everyone is struggling with something. While it is each of our jobs to carry our own loads, we can help each other carry their burdens. In other words, there is no greater gift than to listen to and walk with someone who is hurting. I choose to do that at work, because frankly, we don’t have enough people walking with us as we take on the challenges of navigating our careers and dysfunctional workplaces. That’s my purpose and it came from life’s unfairness. 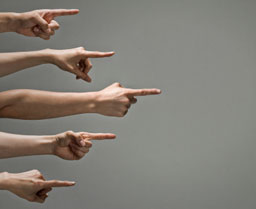 Life is not fair! QUIZ 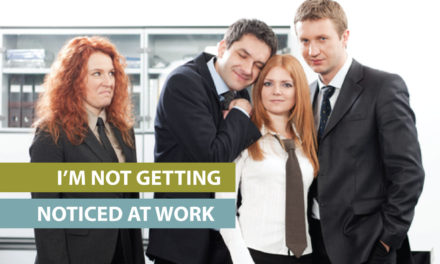 “I’m not getting noticed at work” 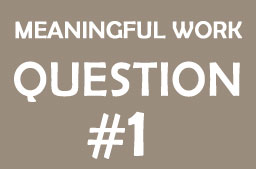 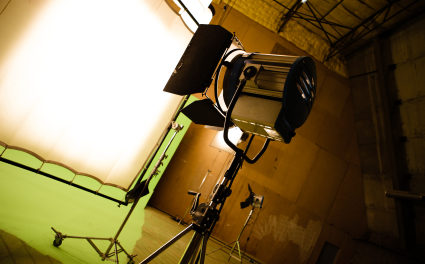 What I learned shooting a TV sizzle reel