“Giving to others the thing that you particularly valued growing up – the difference-maker for you in your life today, can be extremely meaningful and fulfilling.”

Question #3:
What did you particularly value growing up that you would like to give to others? 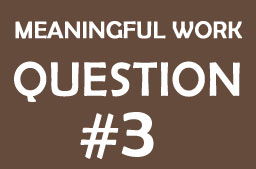 O.k.  So maybe you are saying to yourself, “Brandon, those first two questions are way too deep… I got nothin’.”  If that’s you, Question #3 may be right up your alley.  Here it is: “What did you particularly value growing up that you would like to give to others?” Simply put, look back on your life and ask yourself what was it that you got growing up that made the difference for you in your life.  What was the difference-maker?  Maybe it was education opportunities… or a close-knit family… or exposure to other cultures.  Regardless of what the difference-maker was, finding a way to give that to others can be an excellent form of meaningful and fulfilling work. Consider Todd’s story:

Todd was your typical consultant / banker type – very analytical, not particularly emotional and very direct and to the point.  Todd knew that neither banking nor consulting were fulfilling to him; stimulating – yes, fulfilling – no.  He wanted more.  We sat down and began to go through the “5 Questions.”   Question #1 didn’t spark anything from Todd.  Question #2 had the same effect – nothing.  After Question #3, Todd paused, looked up at me and said in a low voice, “that’s it.”

Todd grew up in a blue collar family.  Todd’s dad was a local mechanic and Todd’s mom worked part-time at a day care up the street from their house.  Todd’s parents didn’t have much money and weren’t well educated, but they had plenty of love.  For Todd, it was the summers that held the key.  Every summer without fail, his family would go camping for weeks at a time.  As Todd put it, “those were the best times in my life.  To be outdoors, enjoying nature and spending time with my family… I just loved every minute of it.”  Todd leaned across the table, and as if he was confessing a deep secret that he had been keeping bottled up for years, whispered to me “I always wanted to be a park ranger.” After a brief pause, Todd continued, “In fact, even to this day, there is a part of me that still wishes I could be a park ranger.”  We began to noodle with this idea.  On the one hand, Todd could absolutely drop everything and become a park ranger.  The path was pretty clear.  However, what do we do with all of Todd’s other experience?  His work in banking and consulting just had to be valuable in some way. Could there be a way for him to use his past experiences to give to others what he particularly valued in a bigger way? I left him with that question and we ended our time together.

A few weeks later, Todd reached out to me.  “I’ve got it!” he said.  And he excitedly began to lay out his plan.  “I’m going to go back into banking.  But this time it is going to be different.  I’m going to go in with the sole purpose of developing my own fund that I can run and manage.  Here’s the best part, in addition to being a good investment, one of the purposes of my fund will be to buy land and create more parks.”  He’d be giving to others what he valued most growing up – in a pretty big way.

Now onto you.  Question #3 may just hold the answer for you as it did for Todd.  Here’s a “back of the envelope” way to start:

There you have it, Question #3 – a path to meaningful and fulfilling work by taking all the good from your childhood and finding ways to “pay it forward.”

Next Up: Question #4 – the one question that EVERYONE needs to have an answer for.  You won’t want to miss this one. 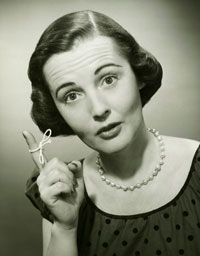 Have you forgotten who you are? 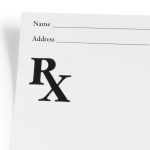 Prescription – getting and keeping your rock star status at work 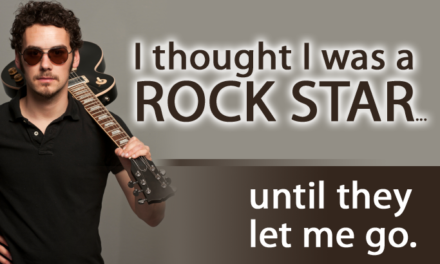 Why my clients get fired 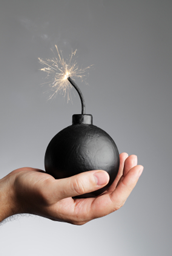